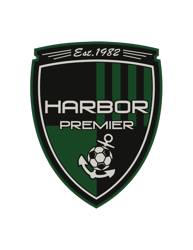 Harbor Premier offers the highest level of competition under the Harbor Soccer Club umbrella.  Players chosen for the Harbor Premier program will compete in the Washington State Regional Club League (RCL).  The RCL is the highest standard for youth soccer in the state - there is no league above or equal to this.

Players that would like to participate in this program attend tryouts for their age groups and then are notified by Harbor Premier coaches whether or not the players’ skills meet the needs of the teams. These tryouts are normally held in the spring, usually in March and May, depending upon the age group.

Following tryouts, teams will immediately begin training.  Players can expect to train 2-3 times per week year-round.  First competition will take place during the summer when most teams will attend 3-4 tournaments throughout the state and possibly out of state as well. Fall league play begins in September and concludes in the beginning of December. Spring league play then resumes in January and concludes in early March.  Teams then wrap the seasonal year up with participation in Washington State Cup competition.  Tryouts for the following year will follow shortly thereafter.

This program is designed for players that desire to compete at the highest playing level.  Harbor Premier's professional coaching staff is placed by the Directors of Coaching according to the needs of the age group and strengths of the staff member.  Players can expect to be pushed to preform and encouraged to bring their best every time they step on the pitch.