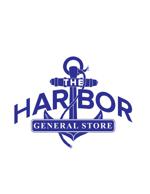 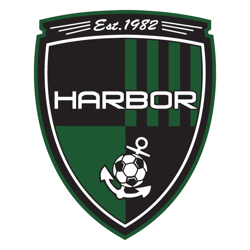 Established in 1982, Harbor Soccer Club and its staff are passionate about the game of soccer and strive to provide the best programs for Gig Harbor and surrounding areas. Our club offers youth soccer opportunities at all age levels and competitiveness, in an environment designed to encourage development and fun. We offer 4 programs as outlined below.

Micro
Ages 4-5
Micro soccer is where it all begins. Children are introduced to soccer in ways that promote fun while still learning beginning technical skills. Play is on a small field with a small ball. All play is in Gig Harbor. Practice begins in August, with games in September and October. All games are on Sundays.

Small-Sided
Ages 6-10
Small-sided soccer is all about playing and learning the game on a smaller field. Play emphasizes maximum "touches" on the ball. Teams generally play in the Tacoma-Pierce County Junior Soccer Association League, with away games throughout Pierce County. Practice begins in August with leagues games in September, October and November. Games are on Saturdays.

Club
Ages 11-19
Club or recreational soccer is for the player wanting to compete at a competitive level yet with a lower commitment in terms of time and fees. Practice begins in August with games in September, October, November and December. Games are on Saturday or Sunday, depending on age level and league.

Premier
Ages 10-19
Harbor Premier is the highest level of play within Harbor Soccer Club. This program is devoted to the development of boys and girls who are interested in advancing to the highest level of play available. Premier is a year-around program staffed by professional coaches dedicated to getting the most out of our youth players.  Tryouts take place in February for High School age boys and late-April/early-May for all other age groups.  Training resumes immediately after tryouts.  Competition includes summer tournaments throughout the state and region, league play in the Washington Regional Club League (RCL) in the Fall and Spring, and WYS State Cup play in late Spring.  League play in the RCL is restricted to only 20 clubs in the state of Washington and is the highest level of play possible in youth soccer.